You are here: Home / Holistic Health / Nutrition & Depression: What Every Woman Needs to Know

Truthfully, I’ve been looking for validation. I want to know the why behind my physical and psychological illnesses; I want to be told that it’s not my fault, that I’m not crazy, and that there is a reason I feel the way I do. Maybe you are searching for the answers, too?

I want to share with you a rough outline of what I’ve recently learned about depression; I hope you will find it as validating as I have.

How many of us have spoken the old adage you are what you eat to a beloved spouse right before he takes a bite out of that second Big Mac? 😉

But what we may not realize is that what we eat also has a direct affect on our mental and emotional health.

The Role of Inflammation

According to a growing body of evidence, science indicates that mental illness, such as depression, involves not only psychology, but also biology and physical health.

One hugely important piece to the mental health puzzle is inflammation.

Inflammation is the body’s healthy immune response to disease or injury.  A natural inflammatory response is triggered by a family of proteins called cytokines, which send a message to the body to enter “sickness mode” — a kind of subdued state that enhances recovery by conserving energy, so that the body begins to heal itself.

What’s more, while science previously assumed that immunity resides solely in the body, we now know that the brain also has an immune system, and that cytokines can activate an immune response {aka inflammation} there, too.

What does this have to do with mental health? Compelling research has validated that inflammation is a common denominator in depression sufferers. According to holistic psychiatrist Dr. Kelly Brogan, “cytokines in the blood, or inflammatory messengers…, have taken the stage as predictive and linearly correlative with depression.” There is also evidence to show that inflammation markers are high in patients with bipolar disorder, and women with PPD as well.

Based on new and relevant research, a 2007 study has even gone so far as to conclude that inflammation is “the risk factor” for depression “that underlies all the others.”

What’s the source of this inflammation?

There are many factors that can elicit a body’s inflammatory response. Research points to both physical and psychological stress as root causes of inflammation — in fact, they are closely intertwined in a negative cycle.

When looking for the driver behind this widespread epidemic of chronic inflammation, a major player seems to have emerged: the gut.

The gut microbiome is home to 70% of the body’s immune system, as well as tens of trillions of bacteria.

Needless to say, the gut is a pretty important part of the body, and is extremely influential in determining a person’s overall health and happiness. Disturbances in the proper balance of gut microbiota {or gut flora, the good bacteria indigenous to the gut} can lead to, you guessed it, inflammation.

Here’s where nutrition and depression are linked.

The typical American diet is comprised of many foods that cause inflammation. Perhaps the gravest offender is sugar — found in the majority of processed foods, condiments, and bread {it’s also called fructose and sucrose} — which triggers the release of those inflammatory cytokines. Gluten and genetically-modified foods also disrupt the gut microbiome, and inflammation results.

In addition to an abundance of inflammation-causing foods, American diets are often lacking in optimal amounts of vital anti-inflammatory nutrients, such as healthy fats and vitamin D.

Throw in the stresses of everyday life that burden most of us, and there is a perfect recipe for depression.

This quote from a recent article in The Guardian sums up the situation perfectly:

A diet rich in trans fats and sugar has been shown to promote inflammation, while a healthy one full of fruit, veg[etables] and oily fish helps keep it at bay. Obesity is another risk factor, probably because body fat, particularly around the belly, stores large quantities of cytokines.

Add this to the fact that stress, particularly the kind that follows social rejection or loneliness, also causes inflammation, and it starts to look as if depression is a kind of allergy to modern life – which might explain its spiralling prevalence all over the world as we increasingly eat, sloth and isolate ourselves into a state of chronic inflammation.”

This, of course, is relevant to every human being, but I’d like to focus here on how it affects women.

Childbearing-aged women are particularly vulnerable to the adverse effects of poor nutrition on mood because pregnancy and lactation are major nutritional stressors to the body. The depletion of nutrient reserves throughout pregnancy and a lack of recovery postpartum may increase a woman’s risk of depression.”

I am acutely aware that pregnancy and lactation were major bodily stressors for me – but I never once stopped to think of that in terms of nutrition.

According to this study published in the International Breastfeeding Journal

[postpartum] women are especially vulnerable to these effects because their levels of proinflammatory cytokines significantly increase during the last trimester of pregnancy–a time when they are also at high risk for depression. Moreover, common experiences of new motherhood, such as sleep disturbance, postpartum pain, and past or current psychological trauma, act as stressors that cause proinflammatory cytokine levels to rise.

I wish so much that I’d known these facts during my years of pregnancy and lactation.

Now, I want you to know them, so that you can

1.) understand that PPD, or any other perinatal mood disorder, is not your fault, and

2.) have hope for the future, because by understanding your vulnerabilities, you can take action to prevent the worst from happening again.

What to do now?

With that in mind, here are some ideas for resolving depression by reducing inflammation and making your gut happy. 🙂 Try some or all of them for a few weeks, and see if you notice any improvement.

{For more great info, check out the Healing Foods Diet.}

Here are some resources you may find helpful:

I know this probably seems so daunting, because for some, it’s an entire new way of life! Remember to just think of this as an experiment to see what might be a depression trigger for you.

We’re still trying to get it together over here, in baby steps. We cut out gluten last year, and this year we’ve been eating organic produce and meats. We also added in fish oil and a good probiotic, and I’m taking extra vitamin D. I know we are all healthier in mind and body because of it!

Changing your diet, along with modifying your daily stress, can greatly help to reduce sources of inflammation in your life — which can be an integral part of your strategy to kick your depression to the curb. So what are you waiting for? 🙂 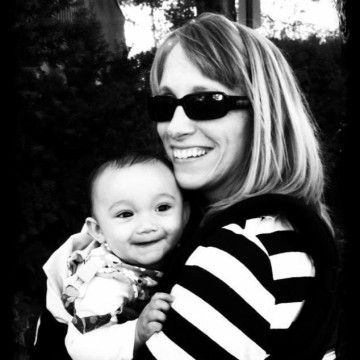